You are here: Home » Blog » Why EU Companies are Moving Supply Chains Away from the UK 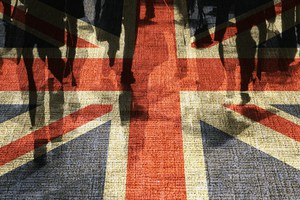 The short answer to why EU companies are moving their supply chains away from the UK is, of course, Brexit. Since the UK vote to leave the European Union there has been lot’s of anecdotal discussion on companies that may move their supply chain out of the UK, but we’re now seeing hard facts come from some industry bodies. We know Brexit is the reason, but why? Is this a long term or short term problem? And how can we respond to it?

The Statistics on Supply Chains and Brexit

Just under a year ago the Chartered Institute of Procurement and Supply (CIPS) reported that 63% of EU companies planned to move some of their supply chain out of the UK due to the referendum outcome. CIPS latest data continues to paint a worrying picture. 32% of businesses have raised prices for consumers because of the UK’s departing from the EU. Furthermore, 41% are planning to increase their prices. Other figures reveal that 23% are planning to reduce their workforce size.

When we look at the data a little more closely, it’s not just prices that are rising. 11% of EU firms operating in the UK have taken some of their workforce away from the UK. 9% of UK firms have lost contracts due to Brexit. This figure is more worrying as 22% of UK businesses with EU suppliers are having problems securing contracts for post-March 2019. 14% of EU firms using UK suppliers have moved some of their business away from the UK to mitigate Brexit risk.

At the end of the day, supply chains have intensely tight margins. This means that if events, such as Brexit, result in rising prices then there isn’t much real choice about passing on the costs to the consumer. Despite this, businesses are doing their best to rein costs in as part of an attempt to minimise the impact on the consumer given consumers are already struggling to spend with stagnated wages and increasing inflation.

John Glen, a CIPS economist, has stated: “Businesses are now looking elsewhere to try and recuperate the money they are losing as a result of Brexit. To achieve this, many are also looking to switch suppliers, but they’re likely to have difficulty finding suitable alternatives in the UK.” He goes on to say: “It is therefore crucial they don’t burn their bridges with their EU contacts but instead work to build stronger relationships with European partners. Businesses should also consider other ways through which they can improve the efficiency of their supply chain, such as by embracing new technologies and automating processes. In the end, businesses that fail to plan ahead and use this opportunity to reduce costs in their supply chain may not survive post-Brexit.”

In reality, though, this really isn’t an easy scenario for supply chains, largely because there is still a great deal left to discuss and unfurl about how Brexit will actually happen. It’s incredibly difficult to negotiate with partners when you still don’t know the exact lay of the land. Whilst uncertainty remains, it is understandable that EU companies will err on the side of caution and move their supply chains away from the region of uncertainty.

Until British firms and supply chain partners can negotiate with certainty about what is ahead then they are in an incredibly difficult position and largely are just left wondering how to manage the increasing costs. By the time certainty comes it will be too late for many, and the tide won’t quickly turn again. The CIPS research, now on their third Brexit series, doesn’t really paint a great picture.

This is exacerbated by the currency instability that we have seen since the referendum. Managing costs with an unstable currency is incredibly complex. The most recent CIPS research shows that a staggering 60% of businesses specifically with EU suppliers have pinpointed currency fluctuations as a major reason for their supply chains becoming more expensive to operate. This means that even though Brexit hasn’t even happened yet, the cost is inevitably impacting the consumer.

In light of the above situation, and headlines such as ‘Automotive production in the UK could fall by 7.6% over the next five years’, it begs the question what can supply chains be doing to survive Brexit?

As always, when challenges hit supply chains, those who survive, and indeed thrive, are the ones who view the uncertain and changing landscape as an opportunity. This doesn’t deny that it is currently a tough arena to operate in, but shifting the attitude can help to identify solutions.

The solutions for supply chains surviving Brexit involve uncovering and focusing on new ways to improve your efficiency. For the vast majority of British supply chains, the obvious areas for your attention are therefore technology and automation.

It can be difficult to invest in new technology and automation, however, this is where your competitive advantage will lie. Rather than viewing it as a radical change, work to identify the real pain-points in your organisation, identify their key problems, and channel your energies and resources there. For example, if you are failing to fulfil just-in-time deliveries and customer service is proving a concern, then that’s the first place to pay attention.

Technology and automation are continuing to develop at a great pace. Therefore, you need to ensure you work with partners who are able to identify clearly how their technology or automation can help your specific problem both now and in the future. You don’t want to simply seek out a generic option which will leave you quickly behind. Instead, it can be beneficial to have a professional audit and help making technological changes.

Our supply chain consultants are experienced working with supply chains just like yours in the current Brexit climate. We’re keeping tabs on everything that’s going on in the industry and across the EU to ensure British firms can weather this storm. Get in touch with us today on +44 (0) 121 517 0008 and see how we can help you gain competitive advantage at a time of uncertainty.